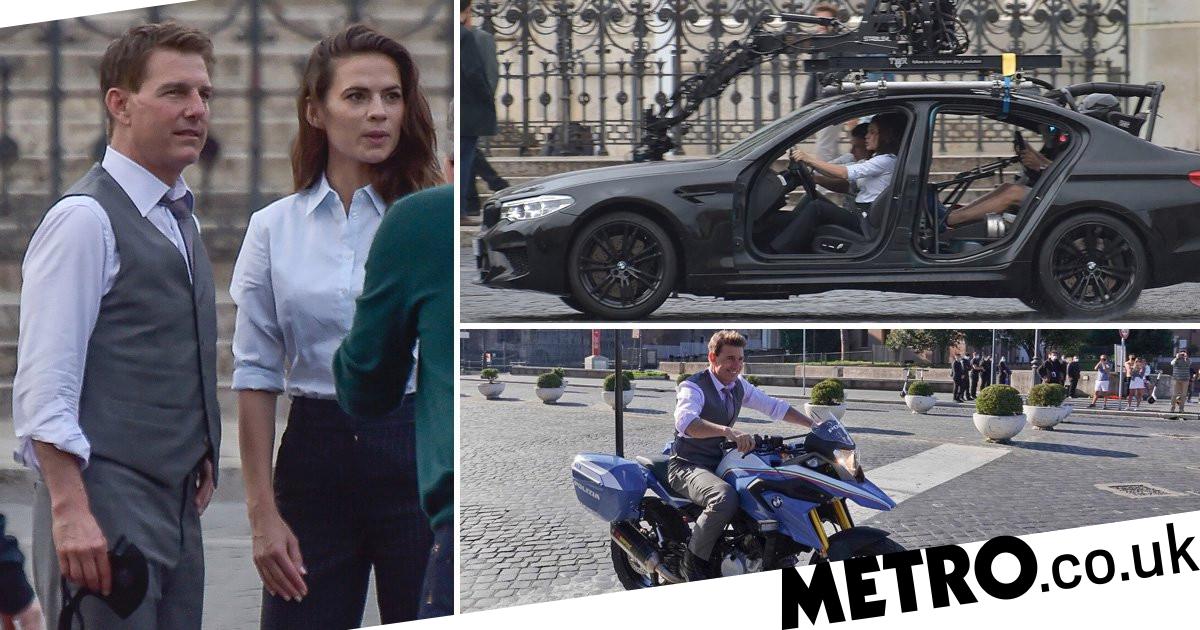 Tom Cruise has been busy shooting for Mission: Impossible 7 out in Rome, with his latest scenes seeing him zip around the city on a motorbike, before teaming up with his co-star to shoot new car scenes.

The actor, 58, is reprising his role as Ethan Hunt for the seventh movie in the Mission: Impossible franchise, with the film set for release next year.

Production has well and truly picked up again, after being halted back in February due to the coronavirus pandemic, and behind-the-scenes pictures have been dropping, showing Tom in action.

He is known for taking on his own stunts, with Tom being spotted filming on the roof of a moving train during a recent shoot for the movie in Norway.

Now, production has moved to Italy and Tom was back to getting his adrenaline fix, as he was spotted trying his hand at riding a motorbike on set.

Snaps emerged of the Golden Globe…